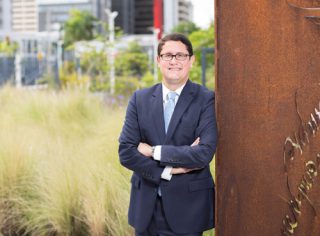 Luis R. Román-Negrón is Partner at ECIJA’s Dispute Resolution: Litigation and Arbitration, Distribution and Consumer Law, Regulatory and Government Affairs, Public Policy and Health Law practice areas, and has a professional experience of more than 16 years in advising Puertorrican and international companies in said areas. His practice focuses primarily on civil and commercial litigation, commercial arbitration, appeals, complex litigation, constitutional and administrative litigation, procurement, and government affairs.
Mr. Román-Negrón has substantial trial court and appellate experience in both federal and Puerto Rico courts, and has represented clients in matters involving distribution and franchise disputes, procurement protests, insurance and health law matters, tort and contract claims, securities claims, antitrust, civil RICO, and civil rights litigation. He has also represented clients who appear as amicus curiae before the federal and Puerto Rico appellate courts. Mr. Román-Negrón has presented oral arguments before the Puerto Rico Supreme Court, the U.S. Court of Appeals for the First Circuit and the Puerto Rico Court of Appeals, and has been on brief in various matters before the U.S. Supreme Court. He has also appeared in hearings before the Puerto Rico Legislature, and litigated matters before administrative agencies of the Commonwealth of Puerto Rico.

Mr. Román-Negrón has served twice as Solicitor General of Puerto Rico (2011-2012 & 2017-2018), and has also served as Assistant Attorney General for the Office of Legal Counsel (2009-2011) at the Puerto Rico Department of Justice. As Solicitor General, he was the chief appellate lawyer for the Commonwealth of Puerto Rico, leading a team of thirty-five (35) attorneys and supervising all appeals—civil and criminal—before the U.S. Supreme Court, the Puerto Rico Supreme Court, the U.S. Court of Appeals for the First Circuit and the Puerto Rico Court of Appeals, on behalf of the Commonwealth, its agencies and its officials.

During his latest tenure as Solicitor General, Mr. Román-Negrón participated in the Commonwealth of Puerto Rico’s financial debt litigation, both before and after the filing of the restructuring proceedings under Title III of PROMESA. Among other matters, he successfully led the appeals—before the Puerto Rico Supreme Court and the U.S. Court of Appeals for the First Circuit— that defined the scope of the automatic bankruptcy stay incorporated by Section 301 of PROMESA.