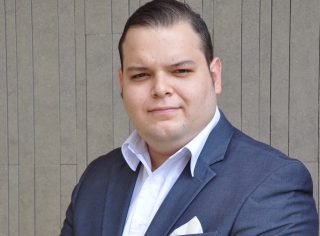 Alonso has a Law degree with emphasis in Technology, E-Commerce and Telecommunications from the University of Costa Rica.

He also studied a Master’s Degree (M2) in Fundamental Public Law at the University of Toulouse I, Capitol (UT1), France.

He has a Master in Comparative French-Latin American Public Law from the University of Costa Rica.

He is a research lawyer in the area of ​​public policy development.

Also, Alonso is a Fulltime professor of the Law School of the Latin American University of Science and Technology (ULACIT): courses in Constitutional Law, Administrative Law and Public International Law. Courses in Public Law to prepare alumni for the admission exam of the Costa Rican Bar Association.

He is professor of the School of Humanities of the Latin American University of Science and Technology (ULACIT): Courses on Globalization, Environment and Human Development (also English language modality), Moral Reasoning and Ethical Decisions.

He is a member of the Costa Rican Bar Association.

Alonso is trilingual in English, French and Spanish (native language).