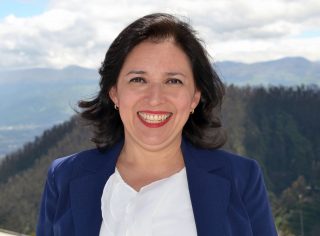 She is a professor of Alternative Dispute Resolution and Commercial Arbitration at the University of San Francisco de Quito.

She has co-authored the following publications: “Economic Correction Law, Competition Defense and Unfair Competition” “OXY Case. Legal Defense of a Sovereign Decision and in the Law of the Ecuadorian State”, CHEVRON Case: Defense of Ecuador against the improper use of investment arbitration” and “Critical Vision of Investment Arbitration from the Ecuadorian Experience”.