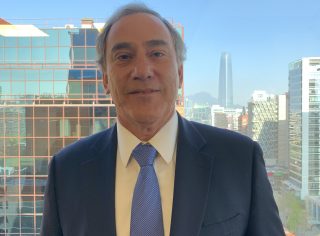 Gerardo Otero is partner in Chile in charge of Labor Law, new technologies, TMT, IT areas, without prejudice to his participation in others such as commercial, corporate, M&A, litigation and conflict resolution. He has more than 30 years of experience where he has been involved in the drafting and negotiation of various contracts, in important lawsuits, conflicts resolution, mergers and acquisitions, in health services and mining, among others.

Prior to joining ECIJA, Gerardo has been the senior partner of the acknowledged international firm Estudio Jurídico Otero, now ECIJA OTERO.

Gerardo was also Professor of Procedural Law at the Police Science Academy between 1992 and 2017.

LLB from the Law School of the University of Chile, where he graduated with the highest qualifications. A seven on the scale of one to seven. He holds the title of lawyer since 1998. Moreover, he coursed the Negotiation Workshop at the Law Faculty at Harvard University in 1997. Gerardo has been outstanding in the International Who’s Who of Professionals Historical Society, Madison Who’s Who Registry of Executives and Professionals 2009-2010, Lawyer Monthly as Leading Lawyer 100 (2011), by The Best Lawyers since el 2009 and by Legal 500 since 2012.

Among his main publications, we must highlight the following: