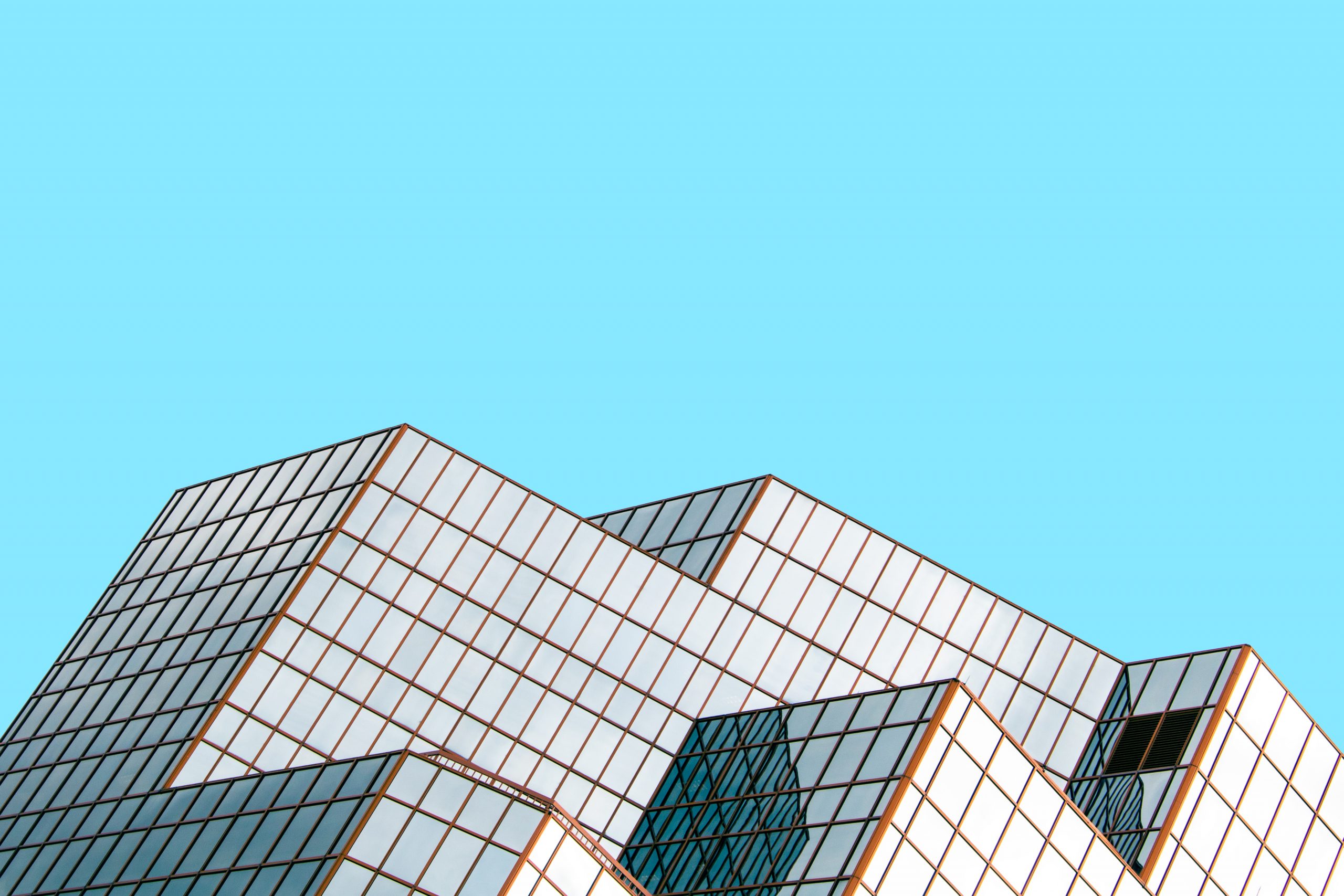 The development and implementation of ESG principles and criteria globally are an inevitable regulatory trend; Although they have been more prevalent in the financial sector, they are increasingly required for any subject with business activity. Mexico is no exception. In recent years, regulation on the matter accelerated, with several laws pending, others that have just been published, should be considered by those who do business in the country.

ESG is understood as the fulfillment of minimum obligations that every company must fulfill in three main areas, (i) environmental, (ii) social, and (iii) corporate governance or governance, hence the term ESG, an acronym made up of by the meaning of its acronym in English: Environmental, Social & Governance. These items constitute the generic universe of business obligations regarding human rights. However, some specialists erroneously place respect for human rights only in the area of social impact, being that all of these constitute per are substantive obligations in this matter.

The preceding constitutes a necessary evolution concerning developing the now known corporate or corporate social responsibility programs (better known as CSR). The gradual and today accelerated transition from CSR to ESG Criteria represents a fundamental evolution in the discourse on the social impact of business activity. It goes from a voluntary and merely philanthropic compliance scheme to a comprehensive one with greater demand and supervision by the States to the private sector. The previous should not be understood as the replacement of CSR by ESG Criteria, but rather the rearrangement of these, where CSR is becoming an instrumental and additional mechanism for compliance with said criteria, making legal advice on the matter relevant.

In recent years, it is possible to notice in Mexico a notorious regulatory trend for the mandatory incorporation of these criteria to regulate the impact of business activities on society. So far, in the LXIV and LXV legislatures of both Houses, different initiatives have been presented that directly relate to this matter. Some are progressing slowly, others are in the process of being discussed, and the rest are about to go into effect in the next few days.

Among the most relevant law initiatives, essential and pertinent emerging regulations are noted regarding due diligence on human rights, gender parity in boards of directors, circular economy, cultural appropriation, corporate integrity, and codes of ethics, to mention only the most relevant. The most relevant are listed below in chronological order and a summary of their content and scope.

The objective of both the General Law of Mercantile Societies and the Securities Market Law is to achieve the participation of women in the boards of directors, preventing the loss of talents, in favor of a more just and inclusive society. Therefore, in the initiative, the last paragraph is added, of article 143 of the General Law of Mercantile Companies to establish that, in the case of public stock companies, following the Securities Market Law, the board of directors will be formed by participation of at least thirty percent women. The same situation is replicated with the modification of article 24 of the Securities Market Law, which stipulates that the boards of directors will participate at least thirty percent of women. Likewise, in the transitory provisions, a period of one year is granted for the public stock companies to carry out the statutory adjustments and adapt their boards of directors.

It was born due to the General Recommendation No. 37 on Respect and Observance of Human Rights in Business Activities issued by the National Human Rights Commission of May 2019, being a regulatory law of article 25, fourth paragraph of the Political Constitution of the United Mexican States. The initiative addresses fundamental issues such as (i) the creation of a registry on corporate responsibility to oversee compliance with obligations regarding human rights and corporate social responsibility, (ii) incorporates arbitration and mediation as mechanisms to settle disputes on the matter, (iii) seeks to prevent risks through the implementation of control and compliance mechanisms in the field of human rights, (iv) transforms corporate social responsibility into efficient damage control and mitigation mechanism, and (v) establishes a mixed sanctioning regime that incorporates from fines and administrative warnings, while classifying the sanctions as severe and minor, equating some as crimes.

Under the perspective that the principles contained in the Codes of Integrity and Business Ethics consist of proposing to Mexican companies of all sectors and regions, without distinguishing their corporate purpose and whether or not they are listed on a stock market, a framework of best practices and risk management in the area of anti-corruption, which applies both to companies and to the people who are related to them, said initiative establishes the need to incorporate a complementary and non-limiting Code of Ethics, as a requirement of the deeds or constitutive policies of a company, granted by the Public Notaries and Public Brokerages, as the case may be.

It is a regulatory law of articles 4th, fifth paragraph, 25, seventh paragraph, and 73, fraction XXIX-G, of the Mexican Constitution, concerning environmental protection, sustainable development, preservation, and restoration of ecological balance. It establishes the concept of “circular economy,” defining it as the “system of production, distribution, and consumption of goods and services, oriented to the redesign and reincorporation of products and services to maintain in the economy the value and useful life of products, materials and the resources associated with them for as long as possible, and that the generation of waste is prevented or minimized, reincorporating it again in cyclical or biological production processes, in addition to promoting changes in production and consumption habits.” The main obligated in the bill are those who manufacture, elaborate, manufacture, produce and distribute electronic devices in national territory, which at the end of their useful life become waste, establishing the express obligation to comply with the Official Mexican Standards following to what is set in the General Law for the Prevention and Integral Management of Waste and its Regulations, and for which it must deliver to SEMARNAT a specific management plan for said products.

Said law, which is about to be promulgated, incorporates a whole new regime of sanctions for those companies that engage in practices that constitute cultural appropriation, understood as illegitimate use without payment of any consideration or authorization, on the use of designs originating from indigenous communities in commercial products. The law establishes the basis for indigenous peoples and communities to define their traditional knowledge and cultural expressions’ use, enjoyment, and exploitation. Its use by third parties, the latter having to grant their free, prior, and informed consent, under the General Law of Consultation of Indigenous and Afro-Mexican Peoples and Communities. Likewise, for the interpretation of this law, the indigenous normative systems and the international instruments signed by Mexico on human rights, indigenous peoples, copyright, and intellectual property rights will be considered, seeking the broadest protection of the indigenous peoples and Afro-Mexican communities.

It is a fact that ESG regulation is a regulatory trend, which will require companies and their legal departments to update as soon as possible. Considering that, with this new regulatory approach, incorporating human rights protection as a transversal obligation and mandatory is an imminent and conditioning requirement for the development of commercial activities.

The laws enunciated are just one example of many other laws in the making and pending parliamentary processing that are being developed within the Congress of the Union. Other similar obligations such as the use of transparent and sustainable face masks in public service places during the pandemic, the incorporation of people with disabilities into insurance services by insurance companies, the protection of workers from digital transportation applications, the implementation of popular consultation procedures for the private sector, or the extension of powers to the NHRC in matters of human rights violations committed by individuals, among other considerations, are just some examples of the challenges that the business regulation is to be faced in the short and medium-term in Mexico.

It should be noted that this regulatory trend also meets a global movement of regulating ESG criteria and principles. For example, in the Mexican case primarily influenced by the renegotiation processes of free trade agreements with the United States and Canada, as well as with the European Union, which have considerably promoted the implementation of better and higher standards for the protection of human rights as a condition for the establishment of commercial relations with these countries. The preceding has resulted in the necessary and accelerated transition from CSR to binding responsibility schemes, such as the so-called responsible business conduct or business responsibility for human rights violations.

ECIJA México was the first firm in the country to incorporate legal consulting services specialized in human rights and ESG criteria for companies into its legal practice for more than two years, positioning itself as the leading legal services company in the Mexican market.