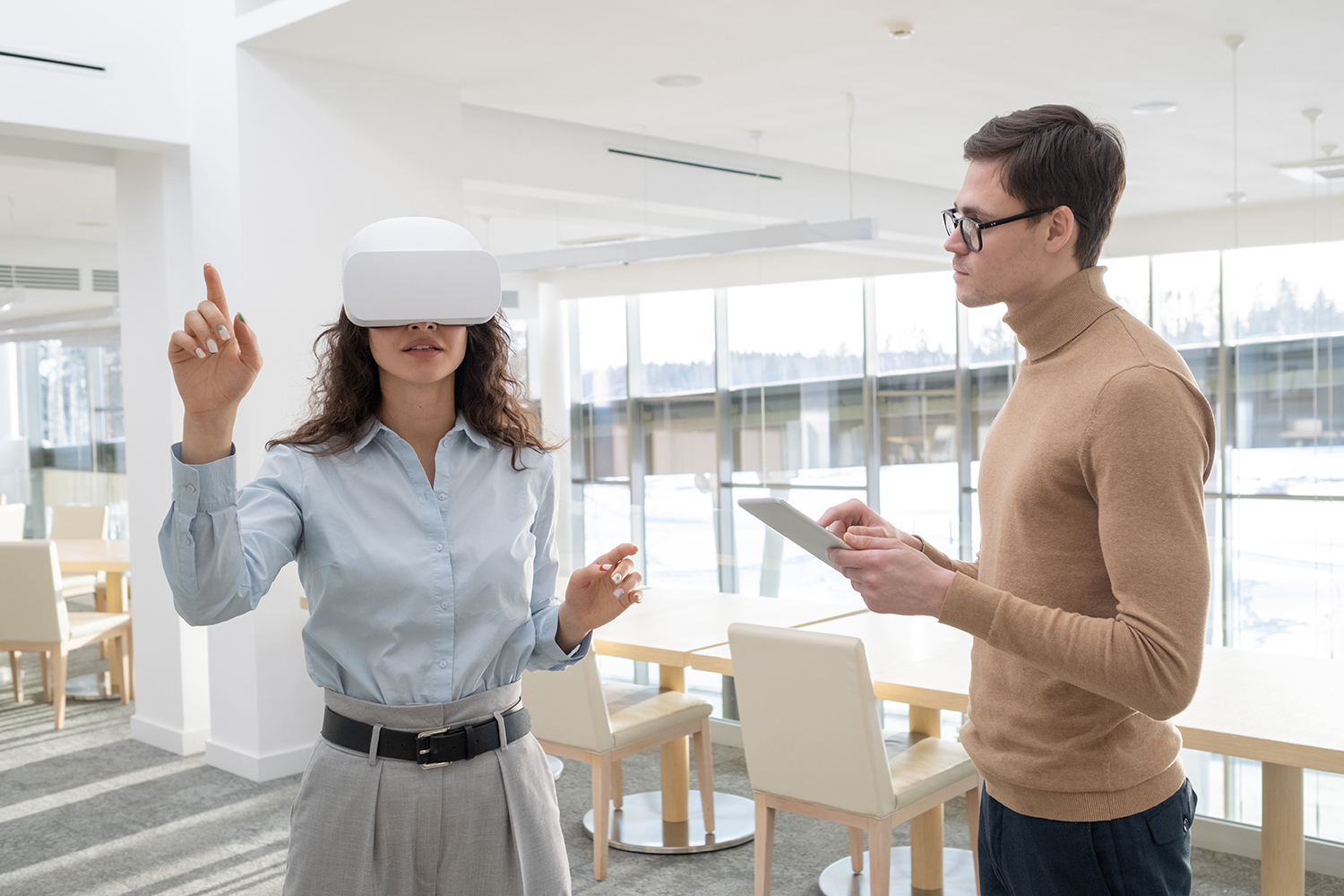 Vast amounts of money are being invested in a virtual reality parallel to the physical world, the unusual and attractive technological innovation known as the metaverse. This new digital space has led to ethical and legal discussions about the potential ethical-legal framework applicable to virtual relationships occurring in such metaverse.

The metaverse is a form of digital reality that can be considered as a second level within the internet, that can be accessed through technological devices, such as computers or virtual reality glasses, where users will be able to interact and establish relationships with others in this digital space. It is worth noting that it is a single metaverse which can be entered through different platforms; there are not several metaverses. The concept was first minted by science fiction writer Neal Stephenson, in his 1992 novel “Snow Crash”.

Mark Zuckerberg, Facebook creator (now called Meta), was the first metaverse promoter. For  Zuckerberg, the purpose of the metaverse is to maintain a connection with people located in a different place through technology that closely resembles physical reality, whether it is for talking to a relative, having a business meeting, or even to “feel” that one person is in a stadium watching a football game.

This subject has become so relevant, that products and services are already being offered in this virtual reality; contact between businesses and consumers already exists, dialogues and transactions carried out from the comfort of home or from any place chosen. It is sought that the metaverse will allow a better product visualization than the current one in online stores. Consumers will “feel” that they are inside the store buying products.

All these activities will be performed through avatars, which are digital fictitious representations of the users. It is even discussed that the face of the avatar could be adapted to include physical features of the face of the person it symbolizes, allowing a closer resemblance to the actual user. These representations will allow users to identify, to a certain extent, the people with whom they will establish social and economic relationships in this digital world.

It is crucial to point out the numerous ethical and legal implications of the metaverse. In this context, Meta recently committed to invest US$50 million to research on practical and ethical issues about the metaverse. One of the aspects that is being thoroughly researched is the addictive impact it may have on children and young individuals, as it happens with other products and services.

It is expected that the metaverse will have consequences in the several fields, such as: personal and collective conduct, education, entertainment, communication, etc. It reflects a paradoxical situation, whereby virtual relationships will increasingly arise and possibly the physical ones may decrease, which may affect socialization between human beings.

It should be noted that artificial intelligence (AI) is a central component of the metaverse and with relevant implications. Such AI, while key to solving some complex problems, still presents several technical issues. Therefore, according to some experts in the field, AI will never be able to substitute the human wisdom, prudence and rationality.

From a practical perspective, an important means for the functionality of the metaverse is the use of virtual assets. The currency used to exchange goods and services in this digital world is cryptocurrency. Due to its technological nature through blockchain platforms, it eases the use of these virtual assets to make transactions in digital environments. Mainly due to its decentralization and the possibility of maintaining its value regardless of the country in which the metaverse user is located, since the value of these assets is not affected by the exchange rate of the currency of each country.

Not only cryptocurrencies are used in the metaverse, but there are other virtual assets that participate in this ecosystem: tokens. The tokens currently in vogue are NFT’s (Non-Fungible Tokens); however, there are other types of tokens such as security tokens and utility tokens that have an influence on the digital world. In this regard, virtual assets will serve as payment means for transactions in the metaverse, and will also represent the means in which goods and services will be offered in it.

The metaverse is mostly ruled and operated by technological giants, and this implies certain complexities, such as personal data privacy concerns and  effects in the psychology of the people e.g. depression, isolation due to abuse of screen time, freedom of speech boundaries, uses for purposes of pornography exploitation or political control of masses, thefts, manipulation and conditioning in favor of groups and to exclude others, etc.

One of the most relevant topics that have arisen with the development of the metaverse has been to determine the laws that will regulate relationships maintained in this digital environment, while noting the importance of self-regulation implemented by tech giants at this early stage of the metaverse.

To solve this concern, jurists have proposed the option of creating a new normative system applicable to the metaverse in its entirety, covering different law fields. However, this alternative has not received support from the consensus of the technical and legal experts, due to the fact that a large amount of resources and time would be needed to carry out a project of this nature, and at this time, what is being sought is to finish implementing the program in an expeditious manner, in order to increase the number of users within the next years.

In light of the above, another regulatory alternative has emerged consisting of adapting current legislation in the physical world to the particularities of the metaverse. This approach seems to be timely and effective to have regulations already structured to deal with the legal challenges that could arise in this digital ecosystem. Its viability is confirmed since several experts consider that the relationships that will arise in the metaverse will be somehow and in certain circumstances, similar to those of the physical world.

Notwithstanding the foregoing, even in the second regulation scheme proposed, an additional problem arises: which current legislation would be applicable in the metaverse? There are some possible answers to this question: (i) the local regulation of a country; (ii) international law [e.g. international treaties, conventions]; or (iii) after an in-depth analysis, elect the normative bodies, whether domestic or international, that are considered more suitable to regulate the different law fields in the metaverse.

The metaverse, in its emerging state, is currently operating for users, and naturally, relationships among users have already arisen; therefore, there are situations that have to be governed by law.

The intrinsic issue that has to be determined from the beginning is the legal treatment that will be given to the identity and personality of the users in the metaverse, which is reproduced in this digital ecosystem through avatars. Some experts in the field suggest that, at some point, there will be what is known as the electronic legal standing. According to certain authors, this construct consists of users having rights and obligations in the digital world independently of the legal personality they hold in physical life; it will be a legal sphere totally different from the daily one.

Furthermore, the recognition of the avatar as an extension of the physical legal personality in digital environments, would raise serious ethical and legal challenges since personality is something essential and non-transferable of the human being. It should be noted that the avatar is a digital figure  representing the real subjects and not the  subjects themselves. The avatar is a kind of digital actor that performs as if it were the fictionally represented subject.

A well-known event related to the personality and identity of users in the metaverse was the one where a user reported that the his/her avatar had been touched in a non-consensual way by another user in a libidinous way, suggesting that this would be equivalent to a case of sexual abuse. in criminal matters, or to a case of non-material (moral) damage in civil matters. And the question that arises then is: what legal and ethical treatment should be given to such event that occurs in the space of the metaverse?

The metaverse promises to be a virtual reality of unprecedented scope which resembles reality and, at the same time, presents certain ethical and legal problems that must be addressed to adopt the appropriate means to protect and, potentially, limit the rights of the agents participating in this digital environment.

Undoubtedly, this is a very complex task that jurists, legislators, academics and experts in related matters will have to carry out. We must be attentive to the news and reports of the large technological companies of the means they will take regarding the metaverse, and on the self-regulation they will issue to ensure healthy interactions in this digital environment. Likewise, we shall monitor the regulation proposals by countries and international organizations, aimed at governing this technological phenomenon.

In short, it is essential to know how to adequately use the virtual reality; protective and educational structures will be needed to help balance the relationships at the metaverse with those held in the physical reality.