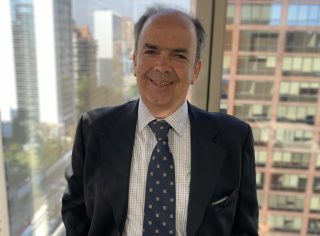 Rodrigo Nelson is a partner in the Dispute Resolution and Litigation areas of ECIJA. He has over 25 years of experience, in which he has acted as a lawyer in civil law, water rights, procedural law and litigation and general practice.

After his first stage through Estudio Juridico Otero, now ECIJA OTERO, as a paralegal and as a junior lawyer (1989 to 1993), , Rodrigo rejoined the firm in 2008, specifically the judicial area, of which he is now the head partner.

He has specialized in litigation, arbitration and bankruptcy proceedings, both national and international. He has participated and intervened in complex disputes related to regulated markets, construction, corporate conflicts, mining, insurance, compensation, both with national and international clients investing in Chile. He also has extensive experience in negotiations and in accompanying clients in pre-judicial stages.

Rodrigo was Assistant Professor of the Department of Procedural Law at Gabriela Mistral University (1992-1998).