Due to the economic damages caused by the health crisis and the absence of a governmental plan to truly support all companies, large, medium and small, it is essential to implement protection mechanisms for companies through an emergency bankruptcy regime, with the primary purpose of maintaining them operating, despite the serious economic and financial difficulties they encounter -lack of liquidity- having been obligated to suspend their operations.

In recent days, considering the aforementioned background, the PRI parliamentary group presented in the Senate of the Republic, a law initiative (the “Initiative”) on an “Emergency Bankruptcy Regime” on the occasion of the official declaration of health emergency due to force majeure relative to coronavirus and its effects. As indicated in the Initiative, the Barra Mexicana Colegio de Abogados, A.C., was in charge of its drafting.

As it is well known, the purpose of bankruptcy rules (which are of public interest), is basically the conservation of companies that may have problems to fulfill their obligations with creditors of different types, to prevent affecting the production chains. In other words, to achieve that the companies experiencing financial difficulties continue operating for the benefit of their workers, of themselves and of the economy in general.

The Bankruptcy Law confirms the aforementioned in its article 1, which establishes that: “… it is in the public interest to preserve the companies and to prevent that the general non-compliance with their payment obligations jeopardizes their viability and that of  others with which they maintain a business relationship… ”

I. Purpose of the initiative.

The Initiative aims for interested companies (regardless of their size) to avail themselves of the advantages of the bankruptcy procedure made flexible due to the emergency, which facilitates the prudential management of the obligations that become enforceable against various creditors.

Said Emergency Bankruptcy Regime would be considered effective, if the Initiative is approved, starting from the declaration of health contingency which undoubtedly constitutes a cause of force majeure in terms of the law, remaining while such contingency lasts, and until the subsequent six-month period.

Traders interested in submitting to the emergency bankruptcy regime, must file a voluntary petition, stating under oath that their situation corresponds to one of the cases provided for in the bankruptcy law.

For the aforementioned purposes, they must use the simple format designed by the Federal Institute of Commercial Bankruptcy Specialists (IFECOM), without being a procedural requirement demonstrating the general breach of their obligations through a visitation order, as the main point of the Initiative.

The declaration of commercial bankruptcy under this emergency bankruptcy regime cannot be challenged, and must contain: the prohibition for the company to dispose of or encumber its main assets, to make payments of obligations overdue prior to the date of the declaration, as well as not to proceed against guarantors and joint obligors.

The declaration must also contain: the order to unfreeze the bank accounts of the company declared in bankruptcy and the prohibition to modify or revoke concessions and works contracts essential for maintaining the operation of the business.

A very important element to highlight is that according to the Initiative, tax credits, as well as those considered without security rights, would be classified as common credits, with the terms of the bankruptcy agreement being enforceable against common creditors.

IFECOM, according to the Initiative, will have a 2 business days term, starting from the date in which the respective declaration is notified, to appoint a conciliator.

The conciliator will have a 15 business days term to prepare the list of creditors to be filed with the court in order to latter to issue the judgement with the recognition, grading and priority of credits.

In a 5 business days term the respective court shall issue the judgement and the appeal shall be filed by the national creditors within the following 5 business days and within 10 by foreign creditors.

The judgment shall include the granting of cautionary measures to maintain the continuity of the business, prevent the fragmentation of assets and the vital preservation of work sources.

Immediately after the judgment of recognition, grading and priority of credits, the term for the conciliator to summon the trading company and its creditors to a bankruptcy agreement will initiate.

On the other hand, the elimination of the applicability of several provisions of the Federal Fiscal Code, makes it necessary for the legislative branch to negotiate opportunely and wisely with the respective tax authorities in order to successfully finalize the fitting Initiative.

The initiative is a necessary tool, essential for companies, especially those small and medium-sized, to continue with their operations and thus preserve jobs, amid the unprecedented economic crisis caused by the pandemic and the unpredictability and precariousness in the economic and public health areas. We hope that it will be approved as soon as possible, with the necessary adjustments to improve its content, and that the businessmen will use this protection means in good faith, for the real benefit of the preponderant interest, the continuity of the company. 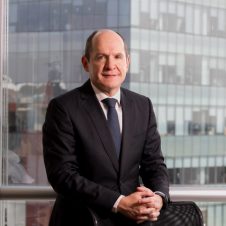 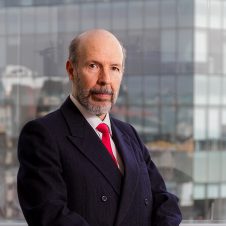