Since this health emergency has raised multiple problems in the continuity of companies in our country, it is natural for us to consider that many of them will incur in a general state of default.

At ECIJA, we would like to provide a summary of the main points to consider in case of filing a petition for bankruptcy.

In accordance with the Mexican Legal Dictionary, it is the “jurisdictional procedure to which a merchant submits to in case of a generalized non-compliance with its payment obligations, aiming to preserve the trader’s company, through the settlement to be signed with its identified creditors or, failing that, to sell the company, its productive units or the assets it comprises, in order to pay the creditors”.

In Mexico, the Commercial Bankruptcy Law[1] (“LCM”) provides in its first article that “it is a matter of public interest to preserve the companies and to prevent that the general breach of the payment obligations jeopardizes the viability of the same and of others with whom it has a business relationship… ”

Who is considered a trader for LCM purposes?

It is the individual or entity that has that character according to the Commercial Code, that is, (i) those that having the legal capacity to exercise commerce, make it their ordinary occupation, (ii) the companies constituted in accordance with the commercial laws, and (iii) foreign companies or their agencies and branches that perform commercial acts within the national territory[2].

Small traders can be declared in bankruptcy, only in case they agree to submit voluntarily and in writing to the application of the aforementioned law.

Thus, for the purposes of the LCM, a small trader (individual or entity) is a trader whose current and matured obligations, as a whole, do not exceed the equivalent of 400,000 Investment Units (“UDIs”), that is, $ 2’600,000.00 (two million six hundred thousand pesos 00/100 national currency)[3], at the time of filing the application or petition for bankruptcy.

When to file a petition for bankruptcy?

(I) That of those overdue obligations to which reference has been made, those that have at least 30 days of maturity represent 35% (thirty-five percent) or more of all the obligations borne by the trader to the date on which the application or petition for bankruptcy has been filed and,

(II) That the trader does not have the assets to meet at least 80% (eighty percent) of its obligations due on the date of filing of the application or petition[4].

It shall be considered that a trader generally failed to pay its obligations if:

(a) The trader has filed its petition to be declared in bankruptcy, provided it corresponds to any of the cases set forth in the sections mentioned above or,

(b) Any creditor or agent of the Federal Public Prosecutor’s Office has demanded the declaration of commercial bankruptcy of the trader and the situation corresponds to any of the cases set forth in the aforementioned sections I or II.

Thus, the LCM provides for the cases that the trader itself, a creditor or the Agent of the Federal Public Prosecution’s Office requests the declaration of bankruptcy.

Bankruptcy petition by the trader

The trader that considers that it has incurred in the general breach of its obligations in terms of any of the aforementioned cases, may request to be declared in bankruptcy, which, if considered as appropriate, will initiate in the conciliation stage[5].

The written petition for the declaration of bankruptcy of the trader must be submitted to the district judge with jurisdiction in the location in which the trader has its domicile, with the formats issued for this purpose by the Federal Institute of Bankruptcy Specialists (“IFECOM”) and (i) indicating the full name, corporate or business name of the trader, (ii) the address appointed to receive notifications, (iii) as well as the corporate address, that of its various offices and establishments, including facilities, stores or warehouses, specifying if necessary where is located the main administration of the company or in case of individuals, their home address.

In addition, the following annexes must be attached:

(I) The financial statements of the trader, for the last 3 years, which must be audited if mandated by the law;

(II) A report reasoning about the causes that led to the current noncompliance state;

(III) A list of its creditors and debtors with their names and addresses, the maturity date of the credit or credits of each one of them, the degree to which it estimated they should be recognized, indicating the particular characteristics of said credits, and guarantees, whether personal or of property, that it had granted to guarantee its own debts and those of third parties;

(IV) An inventory of all its movable and immovable assets, securities, commercial goods and rights of any kind;

(V) A list of the trials in which the trader is a party, indicating the parties and the identification data of the proceeding, its type, status and the ruling authority;

(VI) The offer to grant, if the petition is admitted, a guarantee to ensure the fees of the visitor;

(VII) In the case of legal entities, the resolutions of the corporate acts that are necessary to apply for a declaration of bankruptcy in accordance with the terms and conditions established by the respective articles of association or by the competent corporate bodies, which must undoubtedly demonstrate the intention of the partners or shareholders in such sense;

(VIII) Proposal for a preliminary payment agreement to its creditors, except if the trader had requested the declaration of bankruptcy.

Guaranteeing the visitor’s fees, the procedure will continue with the verification visit.

Bankruptcy petition by a creditor

The creditor of a trader, that assumes the latter is in a general breach of obligations, may file a petition of bankruptcy.

The bankruptcy petition prepared for this purpose must be presented in the formats disclosed by the IFECOM, signed by the person promoting it and filed before the district judge with competent jurisdiction in the location of the trader’s domicile, indicating (i) the name of the court receiving the filings, (ii) the full name and registered office of the plaintiff, (iii) the name, corporate or  business name and the domicile of the defendant trader including, when known, that of its various offices, manufacturing facilities, storehouses or warehouses, (iv) the events that gave rise to the petition, narrating them briefly with clarity and precision, (v) the grounds of law, and (vi) the petition to declare the trader in bankruptcy or, if applicable, in bankruptcy at the stage of insolvency.

In addition, the following annexes must be provided:

(I) Documentary evidence demonstrating the capacity of the petitioner creditor (contract, promissory note, court judgment, among others);

(II) The offer to grant, in case the petition is admitted, the guarantee that ensures the fees of the visitor; and,

(III) The original documents or certified copies that the plaintiff creditor has in his possession and that must serve as evidence on his part.

Once the application for bankruptcy has been admitted, the judge will require the creditor to provide within 3 days the guarantee that ensures the fees of the visitor.

In addition, the judge will order the defendant trader to be summoned, providing him with an issue of the petition and its annexes and granting a 9 days term to reply, having to include in his response writ a list of creditors, stating their names and addresses, the maturing date of the credit or credits with each one of them, the degree to which it considers they should be recognized, indicating the particular characteristics of each credit, as well as the guarantees, whether personal or of property it had granted to guarantee its own debts and those of third parties and provide its evidence.

Along with the formal notice to the trader, the need for a verification visit conducted by the designated visitor will rise.

The day after the court admits the application or petition for bankruptcy, it must send a copy of it to IFECOM, in order for the latter to designate a visitor within the following 5 days.

Following the accreditation of the visitor and the corresponding assistants, the judge will order the practice of a visit to the trader’s domicile, in order to determine if the latter incurred in general failure to pay his obligations, as well as the maturity date of the credits related to said situation.

Once the visit has been conducted, the visitor must render a reasoned and circumstantial opinion to the judge, taking into account the facts raised in the application or in the petition and its response, as the case may be, providing the corresponding visit certificate.

Once this has been done, the day after the submission of the opinion, the judge will make it available to the trader and the petitioner creditor(s), as the case may be, for them to file within a common period of 5 days their final reasonings in writing.

The court order on bankruptcy

It must be issued by the court within 5 days after the conclusion of the term for the filing of the final reasonings, considering each and every one of the assertions, evidence and allegations provided by the parties, as the case may be, as well as the opinion of the visitor.

The final court order must include a list of the creditors that the visitor identified in the trader’s accounts, indicating the amount of the debt with each one; the aforementioned does not affect the right of any creditor to initiate a credit recognition, graduation and priority proceeding, in terms of the LCM.

We remain at your service in case you would like to receive more information on the subject. 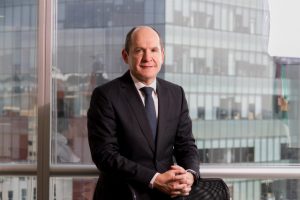 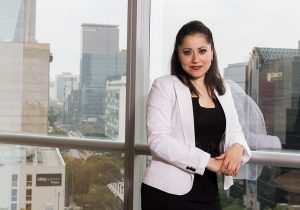