ECIJA has announced the incorporation of Purvi Parekh in order to strengthen the telecommunications practice and enhance its international development. Purvi Parekh, who has more than 20 years of experience in the sector, is one of the leading experts in Europe in the field and has been responsible at European level in the area of Telecommunications at DLA Piper and international Head of the same practice area in Olswang.

`Solicitor of England & Wales’, the new Of Counsel of ECIJA has led some of the most relevant transactions in the telecommunications sector in Europe, highlighting her solid experience in the outsourcing and technological sector with a clear focus on India and the  British market, and having been recognized by the most relevant international directories as one of the leading lawyers in the United Kingdom (Legal 500, Chambers & Partners).

In the words of Hugo Écija, founder and CEO of ECIJA, “it is fortunate to have in our team professionals with such an international and complete professional background as Purvi. Our new collaboration gives a qualitative push to our practice of telecommunications law and our commercial movements in the United Kingdom”.  According to Purvi Parekh, of Counsel of ECIJA, “it is a pleasure to work with ECIJA, a true reference in the TMT sector, to consolidate its telecommunications team, both nationally and internationally, especially in the United Kingdom”. 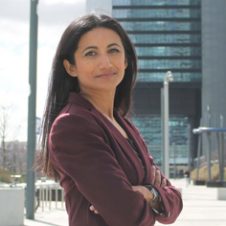